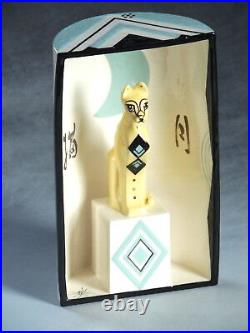 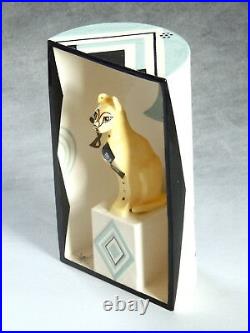 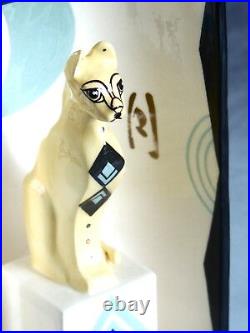 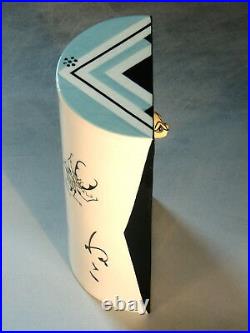 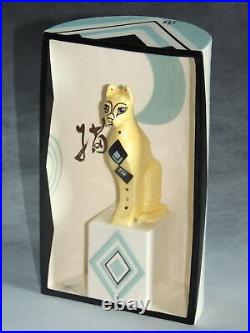 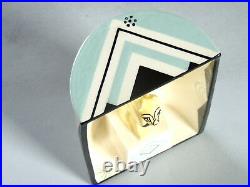 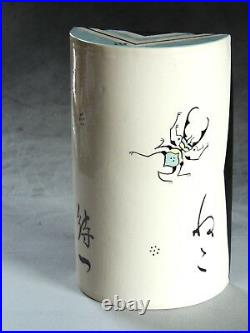 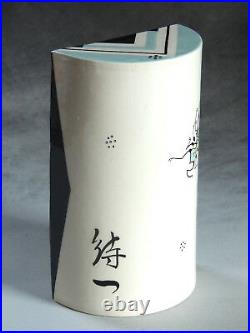 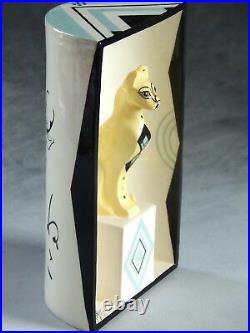 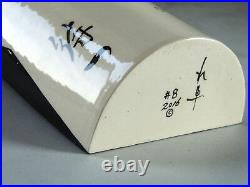 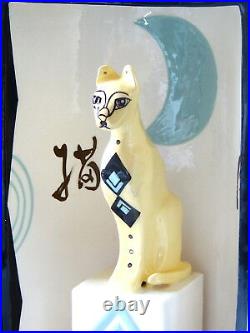 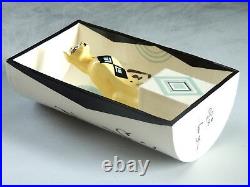 Materials: white earth, under and overglazes. 7 " x 4.5 " x 2.5. Title: "Waiting" (or "matsu" in Japanese). This one of a kind sculpted and slab built zushi - form "shrine" is of white earth clay and features a cat that has usurped Buddha's normal seated position.

It is titled and signed by Lancaster, PA artist Mariko Swisher. As with each of Mariko's original works, this one is also conceived from notes and sketches and was constructed over a period of weeks as the sculpting, carving, or cutting and building achieved the desired idea and form.

There are no molds, templates or stencils! The designs/ details on the forms are sketched in pencil and then under and overglazed with Japanese brushes in two or three coatings.

It is fired three times, at cone temperatures 04 and 06. The initial photo shows the work in progress just before the final (freehand) luster glazing cone temperature 022.

This work is of a lightweight (just over 1 lb). A calligraphy strip, signed and titled (and with a red seal) is included with Waiting. Mariko's sculptures must be insured in transit. The item "Mariko Swisher, Contemporary Ceramic Artist, sculpted Cat Buddha zushi shrine" is in sale since Friday, May 25, 2018. This item is in the category "Pottery & Glass\Pottery & China\Art Pottery\Studio/ Handcrafted Pottery". The seller is "swish5998" and is located in Lancaster, Pennsylvania. This item can be shipped to United States.