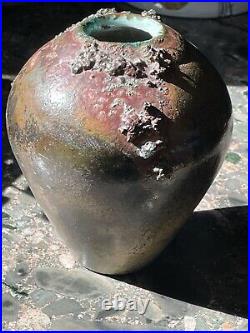 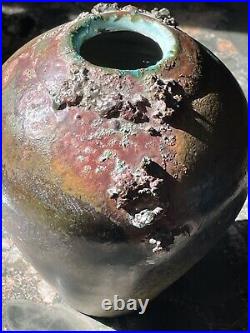 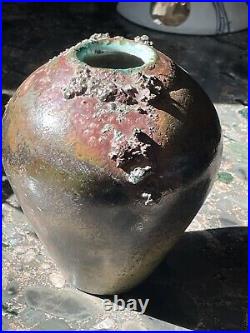 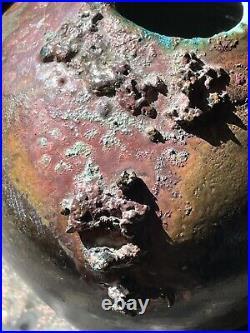 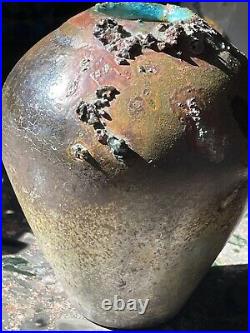 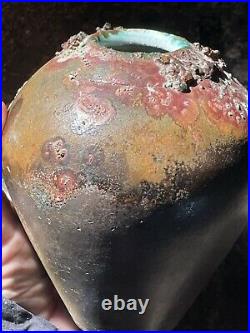 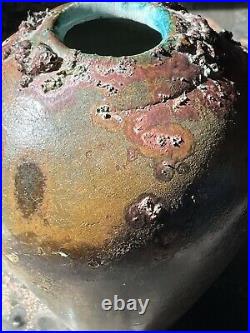 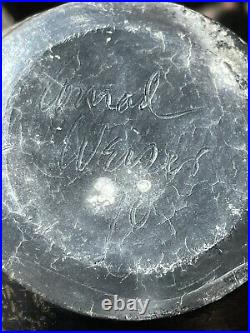 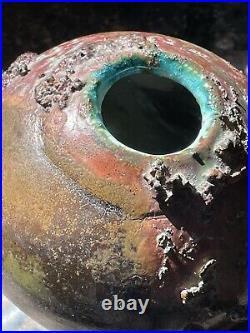 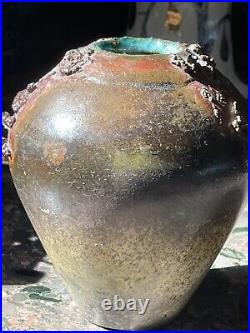 No chips, cracks or repairs. For over forty years Conrad Weiser has been active in the North Carolina Pottery community as an arts administrator, artist and teacher. During the past decade has become well know for making teapots for tea connoisseurs using stoneware and porcelain clays.

In the last three years he has devoted most of his time and energy crafting one-of-a-kind Raku ware while still pursuing a limited stoneware/porcelain ware production. From 1966 until his retirement in 1993, Conrad Weiser directed the Crafts Center at North Carolina State University in Raleigh. He taught many different crafts classes while arranging for other instructors to teach in other crafts disciplines.